Two-thousand years after the birth of Christ, the missionary work of Paul, and a small movement within Judaism spreading throughout the Roman Empire, it can be easy to forget that during the years of its inception Christianity was a radically new and unheard of approach to religion, to ethics, and to the question of gods and God in general.

In his book Destroyer of the gods Larry Hurtado highlights some of the features that made early Christianity so distinctive, unprecedented, and indeed, nearly inconceivable for many at the time. These are features that are widely assumed as part and parcel to religion by many today, yet which at the time caused Christians to be viewed by outsiders as impious, irreligious, and a threat to social order. As Hurtado says, “This book addresses our cultural amnesia.”

Hurtado begins by tracing the history of early Christianity, to include the way the movement was viewed in the eyes of nonChristians whether Jewish or Pagan (usually ranging from suspicion to criticism to – in a few cases – persecution). To do this he also provides an understanding of what religion was like during the time period.

In beginning this discussion Hurtado first draws our attention to the way we use the term ‘religion’ today, a way that doesn’t fit a discussion of ancient religion. Today, “we tend to think of ‘religion’ as a distinguishable area of life. We also imagine that ‘religion’ in some common, generic sense (drawn heavily from the particular features of Christianity) is an essential and ubiquitous feature of humans of all times and places” (p41). In short, we tend to read the scaffolding of Christianity onto religion as such in a way that is essentially cultural imperialism, a product of the ages of enlightenment and colonialism. As Hurtado notes:

“What European colonizers and subsequent cultural heirs imagined incorrectly was that they could use European Christianity as a kind of template or master model of what ‘religion’ was and could then characterize and categorize the various beliefs and ritual practices of colonized peoples on that basis.” (p39)

When looking at the ancient world one of the first features that can be noticed is that it was a world full of gods. There were a myriad of deities associated with different people, places, cities, and areas of life. People had their own deities, and from the lowest to the highest all spheres of life were seen as having connections with divinities.

One result of this is that in the ancient world “there was really nothing like the modern notion of a separate, ‘secular’ space of life free from deities and relevant ritual” (p47). Religion was thoroughly ingrained in life such that it could not be separated out from the rest of life (work, politics, etc), all blurred together with the religious. This meant that “outright refusal to worship deities was deemed bizarre, even antisocial, and, worse still, impious and irreligious” (p48).

The Christians, however, refused to worship these deities. This, in and of itself, was not unheard of. The Jews too refused to worship the pagan deities. What Hurtado point out is that the key difference is that the Jews were given a pass on this because they were seen as having a unique ethnic quirk. The uniqueness in Christianity came in that it didn’t limit itself to one ethnicity. Anybody could convert and give up their local gods and rituals in favor of the Christian God, but while at the same time still claiming their original culture. The gentiles converted, but they remained gentiles, remained Greeks. When a gentile converted to Judaism they would similarly give up the pagan gods, but they would become Jews and cease to be gentiles.

Christianity flipped the script here, allowing its converts to join without losing their old cultural 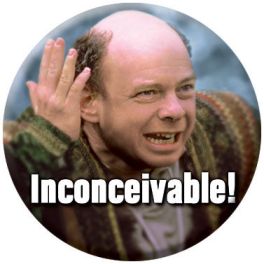 identity; this maintaining of the national and cultural identity, while at the same time refusing to worship the national cultural gods, is what was for onlookers almost inconceivable. They had no category, no precedent, for this sort of action; this new religion was at the same time exclusivistic, voluntary, and trans-ethnic.

The second feature that set Christianity apart from its neighbors was not just a belief that its god was the only God, but also that their God was transcendent, “not capable of being represented adequately in any image, not capable of being perceived in the ways that we perceive, capture, and comprehend things in our world” (p62). Even stranger, this transcendent God was said to be one that could be approached directly, had a love for humanity, and somehow despite his transcendence had created the world himself.

Of course, many of their beliefs about their God were ones they shared with Judaism. What set Christianity further apart here was their view of Jesus Christ. Here again, the faith was seen as voluntary, but at the same time obligatory (one was obligated to believe in Christ). This Christ was not just a manifestation of God – Judaism had those throughout its history – but was rather seen as God himself: “all things are from and for God; and all things are through Jesus. God is the author, source, and ultimate purpose of all things, and Jesus is the unique agent of creation and redemption of all things” (p72).

Christianity distinguished itself, thus, by putting Christ on par with God. Devotional practices were directed towards Christ and he was placed at the center of their confessions. Again, Judaism had recognized that God had manifested himself at different points in history, but they had never worshiped any of those manifestations along with and distinct from God. This was unique.

On top of these distinctives, Hurtado further notes that Christianity was unique in that it codified its religion in a way that the pagans never did, such that “belief and ritual actions went hand in hand” (p91). Christianity set itself apart in having a deep theology that its pagan neighbors never did.

This theological nature of the faith went hand in hand with its bookishness. Today it is generally assumed that religions have corresponding books: Christianity the Bible, Judaism the Torah, Islam the Koran, Buddhism the Sutras, Hindu the Vedas. Yet this way of understanding sacred texts is one where Christianity stood above the rest, giving exceptional attention to reading, writing, copying, and disseminating texts, so much so that Christians came to be on the cutting edge of codex development. They were writing more than anybody and were advancing writing technology as they went.

Finally, along with its theology and its sacred text, Christianity introduced an unusual emphasis on social and behavioral practices as part of religious commitment. For pagans worshiping Zeus, that worship entailed no extra ethical demands. Christianity was different. Christianity brought ethical demands with it. This means that while Christians weren’t distinguished by their nationality, ethnicity, language, or culture, they were instead distinguished by morality. They didn’t expose their infants, go to gladiatorial games or share their wives, and husbands were held to the same moral standards as their wives (unlike in the surrounding culture); they had a new standard for living, and one in which all members from all levels of society were called to the same standard.

Thus, the modern notions of speaking in terms of a single God, of differentiating between ethnicity and religion, of the centrality of sacred texts, and the connection between religion and ethics, are all due to the incredibly influence of Christianity during its early years.

On the whole, this book is a very solid read. Hurtado writes well, presents his ideas clearly, and his conclusions are compelling. It is a good analysis of early Christian distinctives and the impact of those on the world at large.

-“It was not down to individuals to pursue their own private improvement and development. Instead, early Christian behavioral exhortation was presented as a corporate commitment and a social project to which believers were summoned collectively.”-177