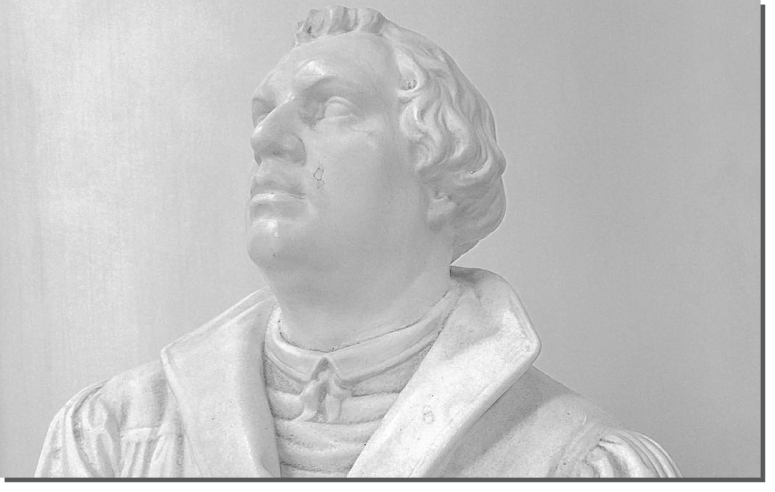 In his Preface to Romans, Martin Luther makes the statement that “If we do not choose goodness freely, we do not keep God’s law from the heart… Granted that, in appearance and conduct, you observe the law, owing to your fear of punishment or hope of reward, yet you do nothing from free choice and out of love for the law, but unwillingly and under compulsion; were there no law, you would rather do something else. The logical conclusion is that, in the depths of your heart, you hate the law.”

In this passage Luther sums up what is one of the key points of Christ’s teachings, that is, that it is the heart that is of pivotal importance in matters of the law, not the outward actions; thus, it is faith, not works, for it is faith that brings about a love of the law.

This position as laid out stands in contradistinction to the approach of the Pharisees, who (because they focused merely on outward action) were seen as “whitewashed tombs”.

One of the key things that Luther wishes to explain is the relationship between faith and works (or the law), to show the true purpose of the law, and how it relates to faith.

In opposition to this, one who is truly changed will come to love the law, and thus when they do the works of the law it will be because they want to do those things, not because they are afraid of the fear of punishment or the hope of reward that may result.

This basis of the heart of faith being one that wants to do the works of the law feeds into Luther’s later discussion of just what part works play in the Christian life. Thus he ends up asserting: “It is impossible, indeed, to separate works from faith, just as it is impossible to separate heat and light from fire.”

One of the more interesting relevancies that Luther’s formulation has here for ethics is in refuting the ideas of those such as Immanuel Kant, who argued that it is when we do the works of the law unwillingly that we are truly being ethical – for, as Kant argued, not liking what you’re doing but doing it anyway shows a higher reverence of the law itself.

To this sort of idea Luther answers “no”, because the person who does the law under compulsion – while they may have some reverence for the law – are still in their hearts corrupt.

It is better to do the works of the law because you have a changed heart that desires to do them than it is to do them under compulsion.

One thought on “Martin Luther on Faith & Works”