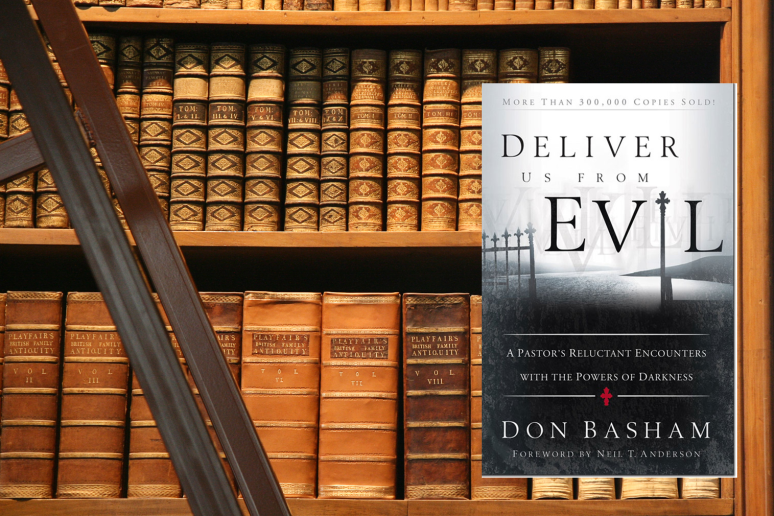 Deliverance is not a topic that I have a lot of – or even any – experience with, so this book is far removed from what I’m used to reading. Deliver Us From Evil follows the author‘s own life narrative as he is exposed to and eventually enters into the ministry of deliverance, eventually providing guidance, structure, and advice on demonic affliction and deliverance from them.

A little over the first half of the book is largely biographical, detailing the author’s transition from being a pastor who worked in a healing ministry but was nonetheless skeptical regarding the existence of demons to a pastor who specialized in deliverance from demons. This section is a narrative to detail the way in which the author was first exposed to demonic activity, was hesitant to believe, but eventually came to accept their reality, and in turn was pushed into the ministry of deliverance, gradually learning and adapting to this new field. With this foundation set, the second half of the book is aimed at passing on the insights which the author has gained over the years.

Once the biographical element has been dealt with, the author gets into what is – at least for me – the meat of the book. Beginning with Chapter 10, Basham begins to detail the ways in which individuals come to be afflicted by demons and some of the attributes of demons and their activity. With this done Basham then begins to address the nuts and bolts of deliverance, such as what conditions must be met in order to achieve deliverance and what must be done in order to keep that deliverance. Following this he details some of the mistakes that he made throughout his ministry for the reader’s benefit, gives some additional advice, and finally deals with one’s ability to perform deliverance on oneself and lays out the steps of how to do this.

The basic layout of these nuts and bolts is:

How they get in:

How to protect oneself:

“What We’re Up Against”:

In order to achieve deliverance:

In order to keep that deliverance one must:

In performing deliverance (on other or on oneself), there are some rough steps:

Overall, I have to say that I wish that the book had shortened the biographical portion to perhaps the first 1/4th of the book, and expanded the more practical section into the majority of the text. As it stands, while the actual act of deliverance is covered off and on throughout the text, the more focused treatments of it are confined to perhaps a single chapter once they are distilled. Despite not coming from a charismatic background, I do find the basis set forth by Basham to be intriguing, and for the most part to not require a particular devotion to the charismatic movement. I will say that the book seems slightly over-dramatized at times, though I think that the author deals a fairly even hand to the topic, noting that not every affliction or trouble that faces somebody has its root in demonic activity (rather, there are two roots, with the other being the innate evil within people, ie, the flesh). It seems to be of practical value, and is an interesting read.

-“Getting rid of the negatives in our life is but half the struggle: Each subtraction must be followed immediately by an addition.”-38

-“Satan’s vaunted power to steal, kill and destroy is based on a lie: the lie that he is still in command… The truth is that Satan is a defeated foe, conquered once and for all on Calvary by the One who loved us before the foundation of the world.”-150

-“… Knowing that Satan and his demons are defeated is one thing; appropriating the benefits of that defeat is quite another.”-p151

-“It is not we who are stronger than Satan, it is Jesus Christ… Jesus Christ has the strength; it is we who must utilize that strength.”-p155

-“The final victory is Christ’s; till then I must expect my share of defeats.”-p182

-“[Many people] wanted to retain their habit patterns, but on a less destructive scale.”-152

I do have a handful of criticisms of this book, none of which are a critique of the basic thesis of the book or the charismatic movement. Perhaps my greatest criticism is a philosophic criticism. In his section on how to perform deliverance Basham notes that it is helpful to get the demon to name itself, and the names given are usually things like ‘lust’, ‘hate’, ‘gluttony’, etc. Basham claims that one of the reasons that this is helpful is because it has been historically held that names refer to some essential part of the thing being named, and thus “to get a demon to name itself is to get it to reveal its essential nature” (p156). Now, while names may bear some significance in Scripture, it is just a little soft-headed to think that these 20th century English terms such as ‘adultery’ or ‘nicotine’ (which is in itself worthy of critique) refer to the essential nature of beings that have been around for thousands of years. What is perhaps more likely is that what is being ‘named’ is what the way in which the demon is afflicting the individual, not some essential part of the being.

Some other criticisms include such lines as the assurance that “God is on your side”(p180) or again that “He was on my side, neither condemning nor criticizing me – only yearning for me to come to him” (p30). There are certain ways in which it might be said that God is working things in your life for good and that He is drawing your to him, one of the chief ways that He does so is through the Law, which denotes you as worthy of condemnation. In the strict sense, God is his own side, he does not join ours; it is us who are either on his side or on the enemy’s.

Another such criticism is the statement that “He will never impose His will on our wills” (158) which, while perhaps strictly true, does not convey the proper notion. God will not impose His will upon our wills, rather, he will change our wills to match his.

The final criticism I have of this book deals with the way the author presents his own story. For instance, he presents himself as somebody who was involved in the healing ministry, but initially thought of demons as nonsense (even though he and his wife had previously been involved in seances and the occult for a short period). This just seems odd. In another place the author notes that an acquaintance of his “had taken the step I was now taking, having to quit an excellent job…”; yet the author was not quitting an excellent job. As Basham laid it out, he was facing a large amount of turmoil at his old job and he had left after just barely diverting a crisis which would have split the church. He then claims that he had been clinging to that job out of fear regarding the uncertainty of life in his new ministry; yet really, as Basham sets it up, it seems equally likely that he left his old job out of fear or dislike of said job. Quite simply, there seem to be many influences which Basham sweeps under the rug in his narrative which make me doubt his sincerity at some points (as does the way in which many of his stories seem to be sensationalized).

May or may not be a Time Lord